A Kerala-based medical technology start-up has been adjudged the winner of Pharma and Medical Devices Grand Challenge 2021 organised by the Startup India, under DPIIT, Government of India, in the medical device category.

Sascan Meditech, the start-up incubated at the SCTIMST-TIMed the Technology Business Incubator of Sree Chitra Tirunal Institute for MedicalSciences & Technology, Thiruvananthapuram, an autonomous institute of the Department of Science and Technology (DST), received a Cash grant of INR 15,00,000 at the Grand Challenge organized by Department of Pharmaceuticals, Govt of India along with Startup India and Investindia.org.

The award was announced by Mr. Amitabh Kant, CEO, NITI Ayog, after a rigorous evaluation process, and “Sascan” was selected from among 310 start-ups that took part in the grand challenge.

Sascan Meditech has developed OralScan, a handheld device for early, accurate, and cost-effective detection of pre-cancerous lesions in the mouth.  It is a biophotonics technology-based device, and the results of clinical trials have been published in a scientific journal. OralScan was launched in October 2020 and has reached eight states in India.

Sascan’s second product CerviScan, a hand-held non-invasive device for cervical cancer screening and early detection of cervical cancer, will be launched soon. The startup was also recently selected as the winner of “AnjaniMashelkar Inclusive Innovation Award 2021” from Anjani Mashelkar Foundation, which engages in recognizing, rewarding, encouraging those responsible for creating value for the society in the science, technology, and innovation domain by an eminent jury after reviewing of applications from all over India.

Sascan, founded by Dr. Subhash Narayanan, a scientist turned biomedical entrepreneur, focuses on developing affordable healthcare products and solutions for cancer care and screening based on biophotonics and allied technologies. It has also received Biotechnology Ignition Grant (BIG) of BIRAC and further NIDHI Seed support of Department of Science & Technology, Government of India for developing OralScan. 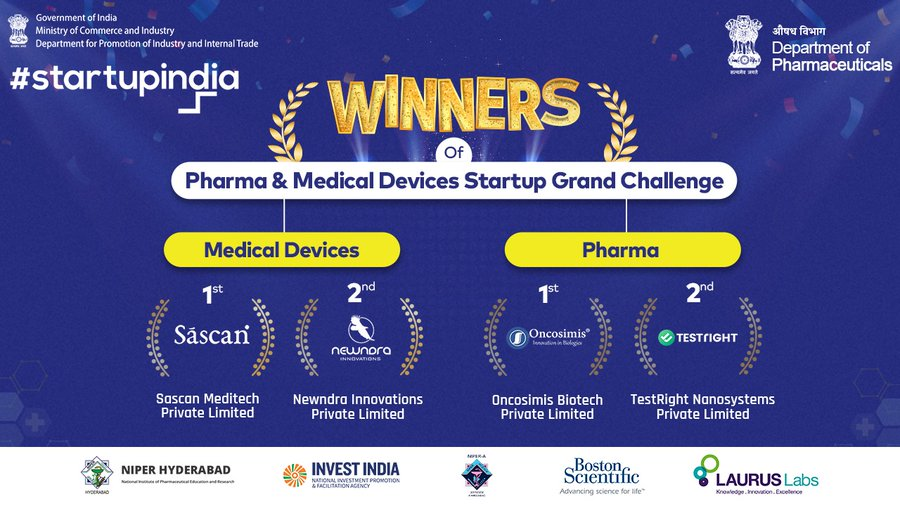